Combat Stress campaign aims to raise awareness on how trauma traps soldiers on the battlefield. 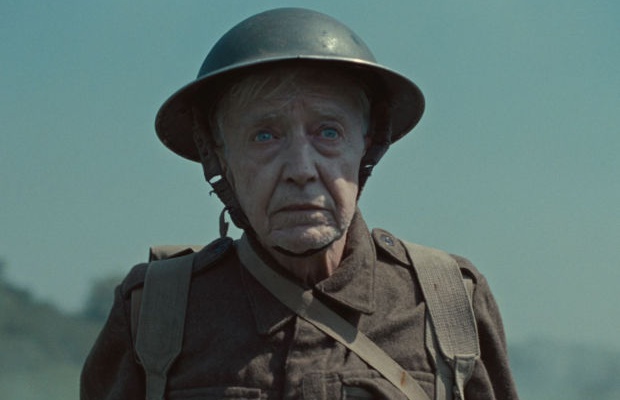 The UK’s leading charity for veteran’s mental health, Combat Stress, launches a powerful new campaign that shines a spotlight on military-related trauma. The 90-second film was devised by creatives Jack Croft and Stacey Bird (formerly of 4Creative) and directed by Barry Dyer. ENVY Advertising crafted the sound design, edit, and online for the film.
The emotive ad highlights how PTSD continues to affect members of the forces even after they have returned home – meaning some soldiers never fully leave the conflict psychologically. By providing specialist treatment and support, Combat Stress aims to bring them home.
The charity’s new ad features real-life veterans who have served in conflicts including Northern Ireland, Gulf War, Iraq and Afghanistan. The moving film depicts an elderly man trapped in a flashback, painfully reliving the horrors of the battlefield.
ENVY Advertising was tasked with creating a compelling sound design, edit, and online VFX for ‘Bring Them Home’. Rich Martin created a convincing soundscape to place audiences in the heart of the action.
Rich Martin comments: “This film was conceived to illustrate the traumatic experiences that the members of our forces live(d) through, so it was necessarily intense. Combat Stress – quite rightly – insisted on accuracy. If we’d got it wrong, it’d open the door to accusations that there was hyperbole in our representation of the battle scene, and that would completely detract from the story we were trying to tell. We’ve got a large archive of contemporaneous sound thanks to our colleagues in the long form documentary division of our business, so it was great to be able to trawl through the library, and source the correct sound for each weapon. It was gratifying to receive a two-word stamp of approval from their in-house expert ‘Spot on.’”
“There are several important films in the war movie cannon,” comments Rich. “There are techniques that we all derive from films like The Thin Red Line or Platoon, but for this project, it was the TV series Band of Brothers that particularly resonated with me. There’s a rough edged brutally to the sound of that series that was completely chilling. It stayed with me for a long time. For this project, there was limited location sound, so we had to take our location kit up to Regent’s Park to record foley footsteps, body falls and other movements through foliage that appears in the film. I also confess to jumping into the booth to let out some blood-curdling, and – as it turned out – quite painful death screams. Perks of the job!”
Credits: